The 2010 Expert Forecast – Surge Ahead

The 2010 Expert Forecast – Surge Ahead 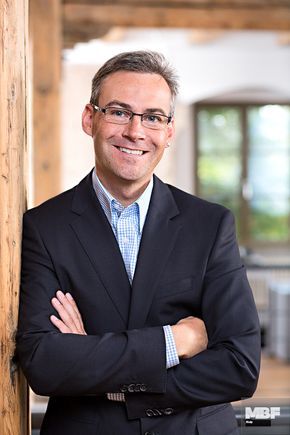 “We perceive there will be substantial growth in business-to-business litigation in 2010,” said Bill Wein, who closely monitors trends throughout the United States in litigation and use of expert witnesses. “With that growth will come demand for sophisticated and specialized expertise.”

A big chunk of the growth in litigation will be seen in those areas that typically pick up when times get tough, Wein said. Call it the see-saw effect: As the economy goes down, litigation goes up in such areas as bankruptcy, contracts and employment.

At the same time, a series of economic catastrophes is driving a dramatic rise in litigation in the financial services sector. From the collapse of the secondary-mortgage market to the discovery of multiple massive Ponzi schemes, this sector will continue to see increasing volumes of litigation for years to come.

Additionally, other areas of litigation that have seen relatively modest growth in recent years are likely to see much greater levels of activity. One such area, said Wein, is intellectual property litigation, which will see continued expansion as businesses take steps to protect and enforce their intellectual-property assets.

In the financial services sector, new lawsuits will arrive in waves, reflecting the waves of crises the sector experienced in recent years. In fact, some of those waves are already hitting shore, even as others appear on the horizon, Michael Mittleman observed.

The subprime mortgage crisis propelled the first waves of cases, Mittleman noted. Following them to shore will be cases involving collateralized debt obligations (CDOs) and credit default swaps. Still on the horizon are lawsuits stemming from commercial mortgage-backed securities and from the failures of large numbers of hedge funds.

These cases will continue to drive up demand for expert witnesses with hands-on experience in banking and finance, Mittleman says. “There will be a demand for experts who worked at these firms and who were involved in structuring these transactions.”

Also in demand in financial services litigation will be experts with backgrounds in statistics and others with expertise in due diligence and standards of care. “Wall Street created a lot of esoteric securities and financial transactions,” Mittleman says. “Lawyers want experts who can explain how and why these were created.”

These predictions of a litigation surge in 2010 are corroborated by legal industry surveys. One, the annual Litigation Trends Survey published in October by the law firm Fulbright & Jaworski, found that companies were already seeing a litigation wave that corporate counsel expected to swell during 2010.

Forty-two percent of corporate counsel anticipate an increase in the legal disputes their companies will face this year, the Fulbright survey reported. That is up from 34 percent in the prior year. The 2010 increases will follow what was already a busy 2009, with 83 percent of companies having new litigation filed against them and half of major companies seeing increases in their caseloads.

Across the board, businesses report significant increases in litigation in three areas tied directly to the economy: bankruptcy, contracts and employment. They report more modest increases in intellectual property, insurance and regulatory actions.

A major focus of litigation in 2010 will be cases resulting from regulatory investigations and whistleblower allegations, the Fulbright survey predicted. Sixteen percent of all GC – and 23 percent of those in large-cap companies – say they expect an increase in the number of internal investigations their companies face.

One area of litigation unlikely to see a surge in 2010 is class actions. The Fulbright survey reported in 2007 that 51 percent of companies had class actions brought against them. In 2008, that dropped to 23 percent, and it remained at that level in 2009. Although class actions may increase in specific areas in 2010, such as employment, they are unlikely to increase across the board.

Another industry survey that forecasts an uptick in litigation for 2010 is the survey of corporate legal spending conducted by The BTI Consulting Group. Companies will increase their spending on litigation by 2.3 percent this year, resulting in a $13.5 billion market, BTI says.

IP litigation is likely to see the most substantial growth, BTI predicts, if only because patent and trademark cases saw slower growth during the height of the financial crisis, while companies addressed more urgent economic issues.

BTI also predicts a continuing surge in bankruptcy, labor and employment and financial matters. Like Fulbright, BTI predicts decreases in 2010 for class actions and bet-the-company litigation.

“We are seeing a clear turnaround in the economy and an increase in litigation of all types,” said Mike Wein. “From all the indicators we track, 2010 will be a busy year for trial lawyers and experts.”