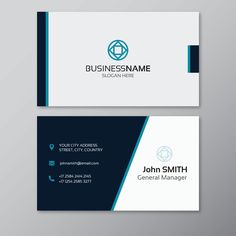 A few months ago, I discussed the habits of some ordinary animals, noting that they had many positive lessons to teach us about being smart with money. From the lowly ant to the powerful racehorse, these creatures demonstrate determination and dedication in achieving their goals.

For the most part, the members of the animal kingdom are very disciplined and organised with their instinctual activities. However, I have researched some quirky animal behaviours that could be compared with the destructive habits that many us of have with money.

Here are a few actions that we do not want to emulate in our financial lives:

Don’t stick your head in the sand like an ostrich

It has been said that when frightened, ostriches will hide their heads in the sand to escape harm, but scientific study has debunked this saying as a myth. Although the speedy ostrich will first run away from danger, if it cannot move or defend itself, it will lay its head and neck flat on the ground to evade detection. As its upper body is the same colour as the sand in its natural habitat, it could easily be thought that the animal had stuck its head in the ground.

Although this action may only be an illusion for the ostrich, humans are sometimes guilty of trying to deal with their money troubles by figuratively ‘sticking their heads in the sand’. Many people refuse to acknowledge that their finances are in shambles, and choose to pretend that their problems don’t exist.

If your behaviour mimics the ostrich, it’s time to raise your head from off the ground. Stop living a charade by using credit cards to buy things you can’t afford, ignoring past due bills, or thinking that another loan will solve your shortfalls. Face up to your financial reality by making a realistic budget, cutting back on unnecessary spending and getting expert help to reduce your debt.

Don’t be indecisive like a deer caught in the headlights

In parts of the world where unspoiled nature and modern civilisation intersect through miles of highways, the deer population is threatened by the animal’s unfortunate trait. If a deer encounters a car’s headlights when crossing the road in the night, it will stare into the beams, and remain frozen in place instead of moving out of the vehicle’s pathway. Every year thousands of accidents happen as a result of this strange behaviour.

I have observed many people acting in a similar way when it comes to their finances. When the stark reality of their money situation is explained to them, some persons become so stunned by the enormity of their challenges that they are unable to move. Although they have been given appropriate steps to achieve change, they remain paralysed until their financial house comes crashing down around them.

If you have been acting like a terrified deer, it’s time to accept your situation, stop focusing on the problem and start implementing solutions. Make a decision to go left or right, but don’t keep stationary by continuing to do what’s not working. If you need to find ways to earn extra money to dig out of debt or save for your impending retirement, get moving now!

Sheep have got a bad reputation for being stupid animals that can’t think for themselves, as they mimic the actions of the rest of the flock without question. Unfortunately, they will follow the leader even if they might be heading into danger, such as the slaughterhouse. There was even a case in Turkey where 400 sheep died because they tagged along behind one sheep that tried to cross a 15-metre deep ravine.

While the sheep’s behaviour stems from their instinctive need to stay together for protection, many people imitate this herd mentality because of a lack of wisdom about investments. Recently, many persons threw caution to the wind and risked money they could not afford to lose into unregulated investment schemes. Even legitimate opportunities can bring big losses, when people follow the advice of friends and novices and enter into business deals that are ill-advised.

If you have jumped onto money-making bandwagons that have led you astray, it’s time to educate yourself about investing so that you can make informed decisions that are right for you. Your investment choices should always be made within the context of your financial goals, not what other people are doing. Learn about investing risks and don’t let greed take over, for as Warren Buffett advises, “Be fearful when others are greedy, and be greedy when others are fearful.”

There are several other eccentric animal habits that could serve as analogies for negative money behaviours practised by many people. Look around nature and see if you can identify some of these traits in yourself; and use your intellect over instinct to make positive changes towards your financial success.